Blog Post Image: A Surprising Idea About the Risks of Extinction. The tiny population of wolves on Isle Royale descended from a much larger group. What if that helped doom them? 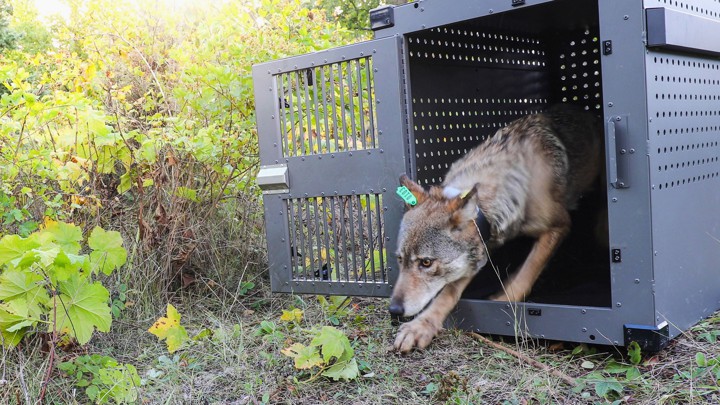 FILE – In this Sept. 26, 2018, file photo, provided by the National Park Service, a 4-year-old female gray wolf emerges from her cage as it released at Isle Royale National Park in Michigan. Federal officials are weighing testimony from the only public hearing in the country on the government’s latest attempt to take gray wolves off the endangered and threatened species list. The proposal would return management of the predators to the states, potentially subjecting them to hunting and trapping. Officials explained at the hearing Tuesday night in Minnesota they no longer consider gray wolves endangered. But supporters of the protections said removal is premature. (National Park Service via AP, File)