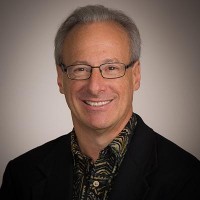 I consider myself a generally trained evolutionary biologist with a wide interest in a range of problems spanning the fields of evolutionary biology, ecology, behavior, and biological conservation. Current projects in my lab include genomics of opossums, dolphins, zebra, bobcats, bats, birds and abalone, but I am perhaps best known for evolutionary and population genetic studies on domestic dogs and wolves. I am fond of cutting-edge technology and methods of analysis, and my lab currently focuses on complete genome sequencing and gene expression analysis using next generation sequencing platforms. Some of our primary interests include identifying genes involved in local adaptation and their relationship to phenotype and behavior. Along with Tim Coulson at Oxford, we are attempting to model the genotype-gene expression-phenotype map in wolves and its influence on population dynamics. Complementing this modeling approach, we are generating empirical data on allele-specific expression in genes under selection in natural populations using cell culture in which controlled manipulations can be done. We have also focused on large scale resequencing studies of candidate genes in natural populations using sequence capture arrays, analyzing as much as 16 million bp per individual in a sample of over 400 wolves. We are also currently analyzing over 100 genomes from domestic and wild canids to reconstruct demographic history and patterns of variation along the genome, including adaptive and deleterious variation.

A long-standing interest of mine is using new approaches to address problems in biological conservation, and specifically, how gene expression enables a rapid, first line response to climate change. For example, my students are assessing gene expression responses to stressors in wolves as a function of habitat disturbance and as a function of toxicants and petroleum derivatives in dolphins in near-shore environments. I encourage new students to develop their own projects that follow their specific interests and passions and address fundamental questions. This often results in students working in areas somewhat distant from my fields of expertise, but I am open to nearly any topic in evolutionary biology as long as there is a common thread of molecular genetic techniques. UCLA provides very competitive fellowships, but I expect students to endeavor to raise support especially for field or lab work outside of the scope of current supported projects. Being bold in constructing a novel PhD project that goes beyond existing projects in my lab is a critical exercise that is fundamental to students becoming independent, creative researchers.

For a complete list of references, please see my google scholar page.