The Fates of Channel Island Foxes and Isle Royale Wolves

In the 1990s, drought, parasites, and disease brought in by a stowaway raccoon, and predation by golden eagles, triggered the drastic population crashes that led to the foxes’ endangered status. Elimination of nonnative livestock and feral animals, replacement of invasive plants with native ones, and capturing and translocating golden eagles (which had been drawn to the islands by livestock carcasses), stabilized populations. Foxes were also vaccinated against introduced canine distemper virus. While these human-caused problems were solved or removed, foxes were bred in captivity and then returned to their home islands. Comprehensive whole genome studies of nuclear DNA from the islands’ foxes, performed by Jacqueline Robinson and her colleagues in the genetics laboratory of Robert K. Wayne at the University of California, Los Angeles, uncovered additional factors in the near-extinction of the species. What they found was startling. Genetic diversity was low, and sequences from the two foxes from San Nicolas were so similar as to be almost identical genetically. The group calls it genetic flatlining 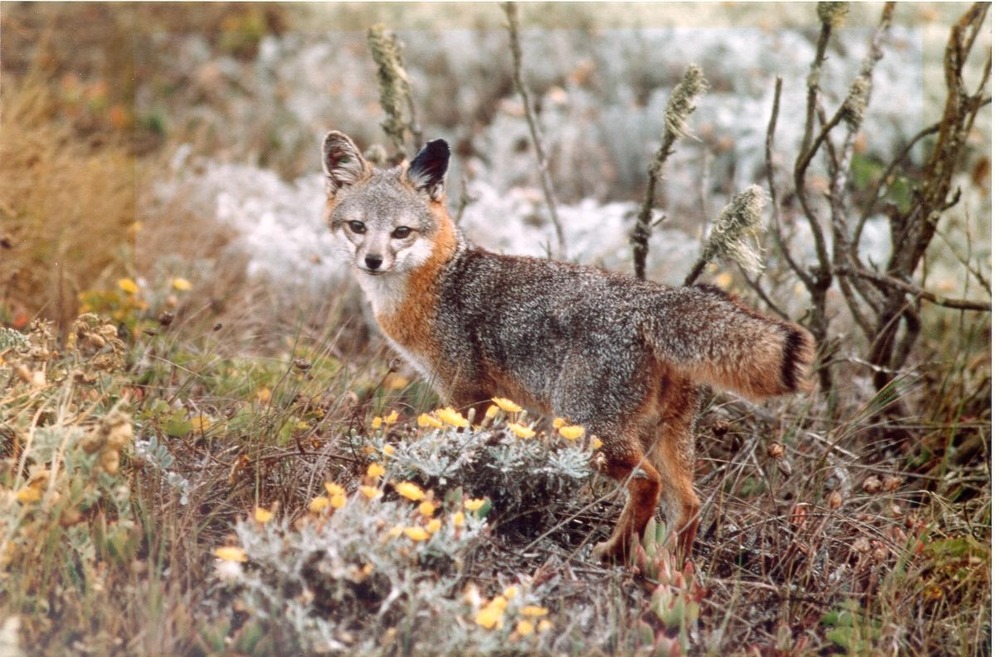 Photo of a Channel Island fox. Image sourced from NPS.gov