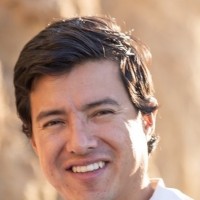 Daniel is a Postdoctoral researcher at the Arizona Cancer Evolutionary Center at Arizona State University.

In the Wayne lab he used whole-genomes to understand the evolutionary history and genetic basis of species adaptations. For his two main projects, he sequenced and analyzed the whole-genome of almost all existing species of the family Canidae. His findings go from discovering ancient episodes of admixture between species to identifying the genes responsible for the missing toe in African wild dogs and short legs in the bush dog. His additional two projects focused on population genomics. Specifically, his goal was to understand the demographic history of the Galapagos rail as well as investigate population structure and admixture of North American gray wolves. Daniel received his B.S. in Biological Sciences from the Pontifical Catholic University of Ecuador and worked in the Zoology Museum where he investigated the diversity of small mammals in Ecuador including the discovery of new species.